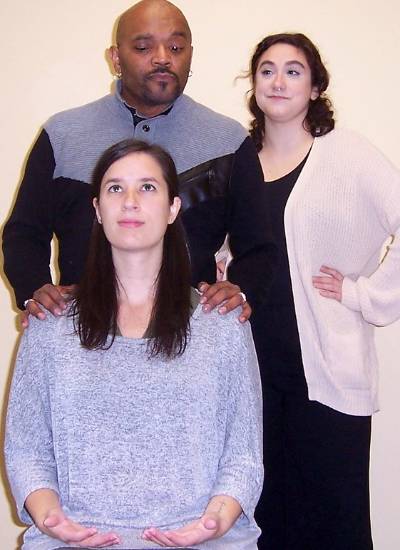 Faith on the Hill Fellowship Hall (Milwaukee, OR)

Trey and Cristal, genetically engineered father and daughter, are struggling to understand each other under The Prime, a governing body that uses genetic engineering to create a better world. Destroyed by war, Earth has become a radioactive waste-land. Trey has received a replacement wife that is an exact copy of his deceased wife who seems to know things beyond her classification. And Trey? His enhanced DNA is not working as predicted reducing him from genius to has-been in his own lifetime.

This is Masque Alfresco's sixth production for Fertile Ground, with Artistic Director Fayra Teeters at the helm as producer/director and starring professional actor Kenneth Dembo as Trey.
-----
Part of Fertile Ground: A City-wide Festival of New Works