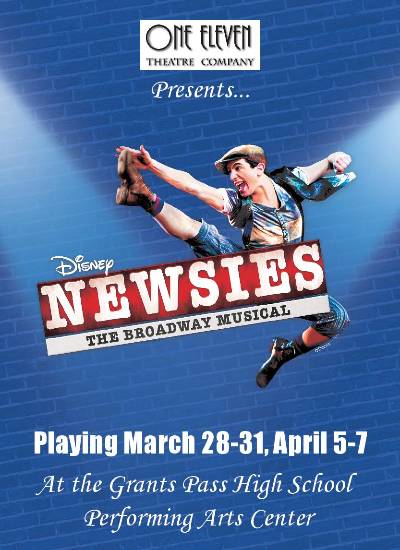 Newsies tells the captivating true story of a band of underdogs who become unlikely heroes when they stand up to the most powerful men in New York. It's a rousing tale about working together and fighting for what's right. Based on the 1992 motion picture, the stage version of Newsies introduces eight brand-new songs by the original team of Alan Menken and Jack Feldman while keeping many of the beloved songs from the film, including "Carrying the Banner," "Seize the Day," "King of New York," and "Santa Fe." Filled with one heart-pounding number after another, it's a high-energy explosion of song and dance you won't want to miss.