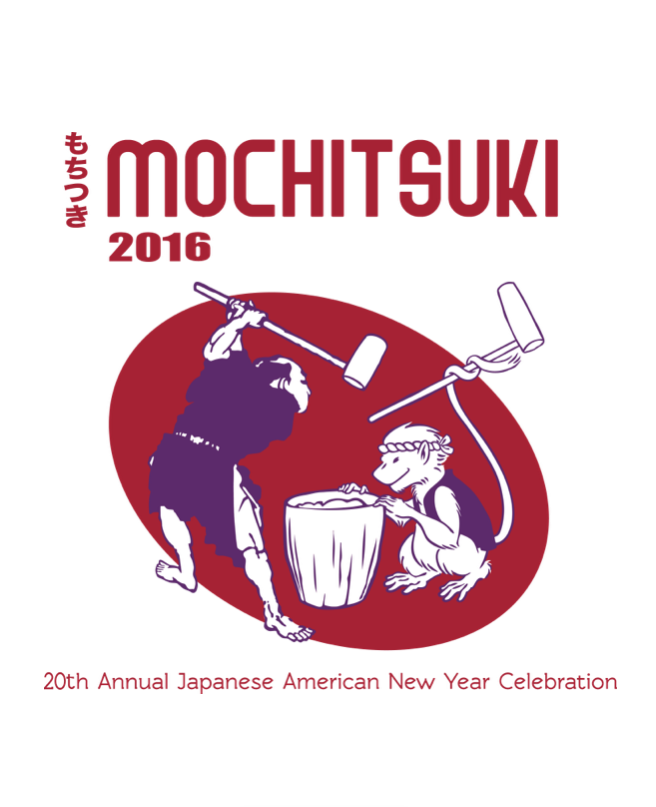 In the Asian zodiac, 2016 is the Year of the Monkey! Mochitsuki 2016 is also the 20th anniversary of the Japanese American New celebration in Portland. Enjoy traditional foods, art, performances and many exceptional hands-on cultural experiences for the whole family at Portland State University's Smith Memorial Student Union. It all takes place on Sunday, January 31, 2016, from 11:00am to 4:00pm.
Mochitsuki is, in its strictest sense, the pounding of rice into tasty, sticky rice cakes called mochi, that symbolize starting the New Year with a full belly in hopes of abundance in the year ahead. At Mochitsuki 2016 you can feast on foods rich in symbolic meaning. There will be mochi pounding demonstrations, free mochi samples, and children's bento cooking classes, as well as appetizing Japanese fare for purchase.
Special guest Alton Chung will emcee the Mochitsuki entertainment, which includes taiko drumming, classical Japanese dance, and koto, shamisen and shakuhachi flute performances. Hands-on cultural experiences include calligraphy, origami, ikebana, tea ceremony, New Yearâs card making and learning to play Go (Japanese chess).
Advanced sale tickets are available online through Box Office Tickets with no service fees, and at various ticket sale locations throughout the Portland area. Ticket prices are higher on the day of the event. All tickets are general admission to the Mochitsuki fair, which includes entrance to the open stage show running throughout the day. Admission is free for children three years of age and younger. Also Honored Seniors 88 years (beiju) and older will be admitted free.

For more details about Mochitsuki 2016 ticket sale locations, the entertainment program and a list of participating vendors and organizations, please visit our website at http://www.mochipdx.org