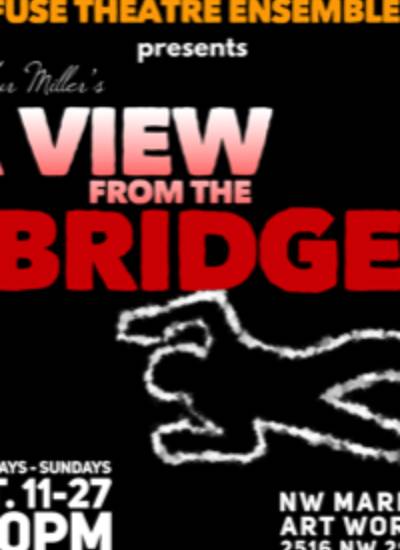 Arthur Miller's A View from the Bridge

What is past is present as the topics of immigration, toxic masculinity, and white male privilege come to the fore in a contemporary production of this American Tragedy. This production draws on the forms and structures of classic Greek tragedy, the inspiration for Miller's 1955 script, while pulling you into the heightened realism of Miller's anti-hero, Eddie Carbone, and his family.

A lesson from our past that directly pertains to our current social climate, this show begs to be seen by our audiences who have come to trust Fuse as a source of politically-conscious theatre.

PLEASE BE ADVISED: This is a site-specific piece of theatre in a warehouse in Portland in October. Layers and/or jackets are strongly encouraged.