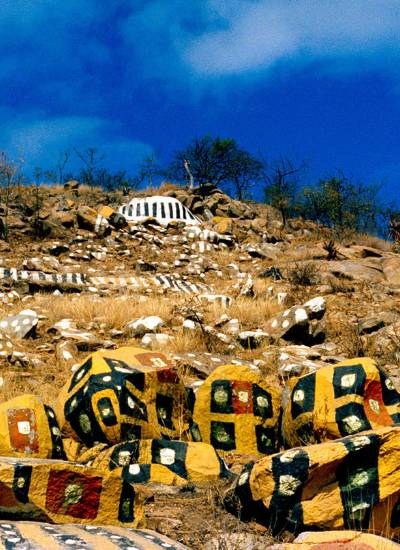 The Painted Rocks at Revolver Creek by Athol Fugard

Inspired by the life of outsider artist Nukain Mabuza, Fugard depicts both the brutality of apartheid in the 1980's and the violence and engrained patterns that have impacted the post-apartheid in South Africa. The painted flowers and images of the rocks dotting the fields represent an abstract vision of this painter's life. And the interaction with the wife of the farm owner clearly depicts South Africa yesterday and today as it struggles to reconcile its past and its future.

"Fugard broadens the meaning of Nukain's masterpiece by placing that powerful symbol of a man's human dignity in a modern-day context." -Variety

"The Painted Rocks at Revolver Creek is an intimate theatrical gem." -Hollywood Reporter