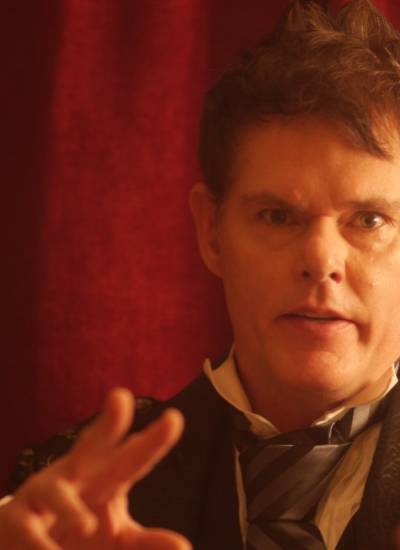 Desperate to heal in the aftermath of war, Russian scientist Leon Theremin dives into the world of hypnosis. His choice could crush his career, destroy his friendships, and maybe even end his life. Where citizens starve on the streets and suspicions run rampant, an innovation can launch national acclaim and a misstep can bring execution. Yet he fixates on hypnosis pioneer Franz Anton Mesmer and his controversial techniques to help a blind young piano prodigy. Theremin's obsession approaches lunacy as he struggles to allay the distrust of his superintendent, the worry of his mentor, and the interest of a young woman who reminds him of his troubled past. Between brilliance and madness, art and science, showmanship and scandal, a note of change hangs upon his creation of an odd new musical instrument played without touchif he dares to confront what haunts him. The January 23 event at Literary Arts includes a post-reading panel discussion with local theremin and hypnotherapy practitioners.
Looking for the performance at Hipbone Studios? https://www.boxofficetickets.com/go/event?id=325573
PART OF FERTILE GROUND FESTIVAL OF NEW WORK 2018