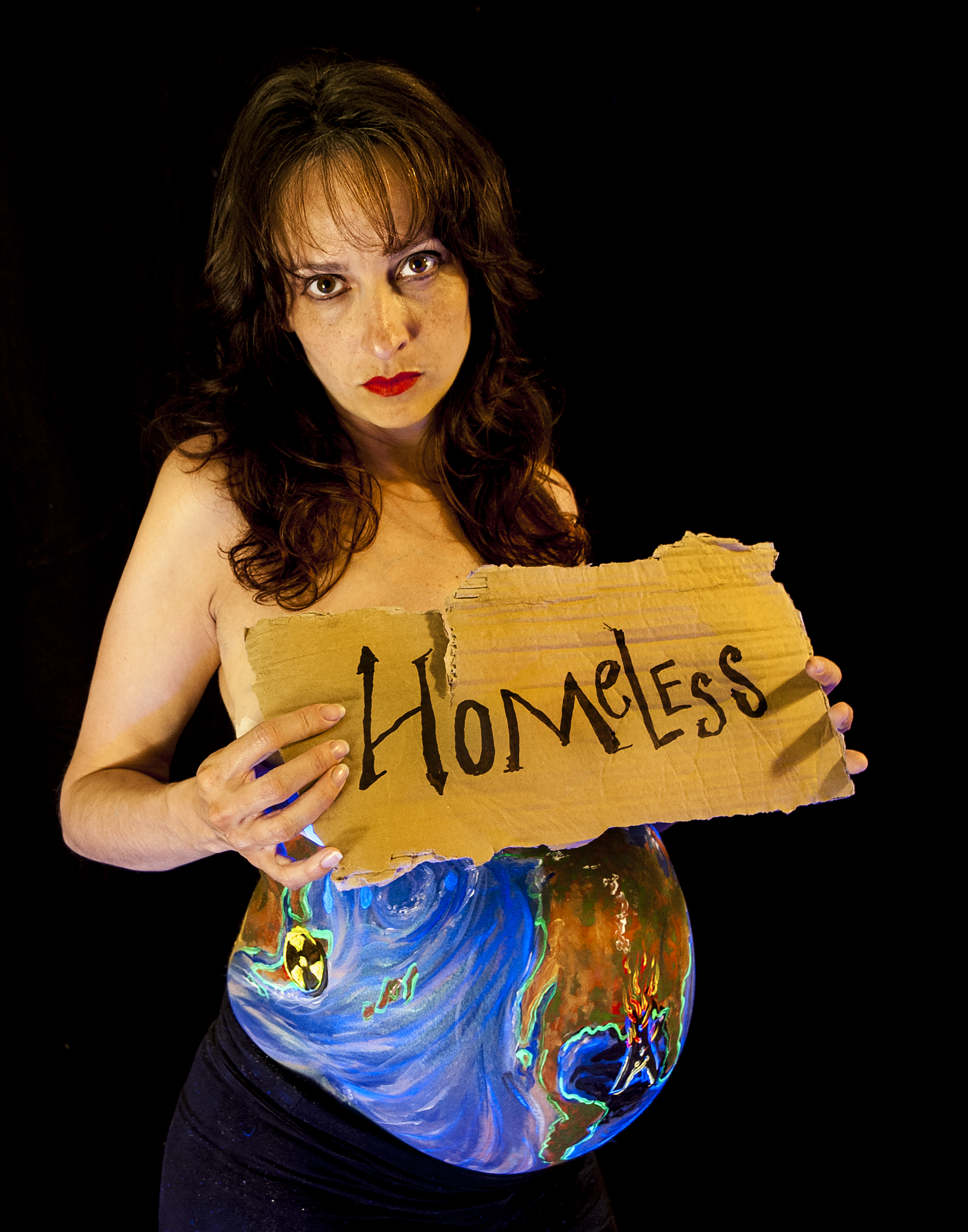 Displaced is an innovative documentary theatre experience that gives us a new and powerful way to connect with the phenomenon of homelessness and the extraordinary value of those who see us, even though we have forgotten that they exist. Through live music and character impersonations by an actress described by Bruce Weber of the New York Times as "capable of astonishing transformations," Displaced brings the world's untouchables to life. Eliza Jane Schneider, the award-winning actress best known for voicing all of the female characters on Comedy Central's South Park, spent the first two decades of her career traveling the world as a street musician. Her role evolved into that of a grass-roots journalist, one who shared space with, broke bread with and, ultimately, tape-recorded the unique and powerful stories of abandoned, mistreated and, often, triumphant human beings living in the streets of our planet's wealthiest and poorest cities. Bruce A. Hostetler is the Artistic Director of CompassWorks, a Portland theatre company focused on illuminating untold stories through work based on interviews. He holds an MFA in Directing from the Carnegie Mellon School of Drama, and directs throughout North America.
This production contains mature subject matter and language.
-----
part of Fertile Ground, a city-wide festival of new works.