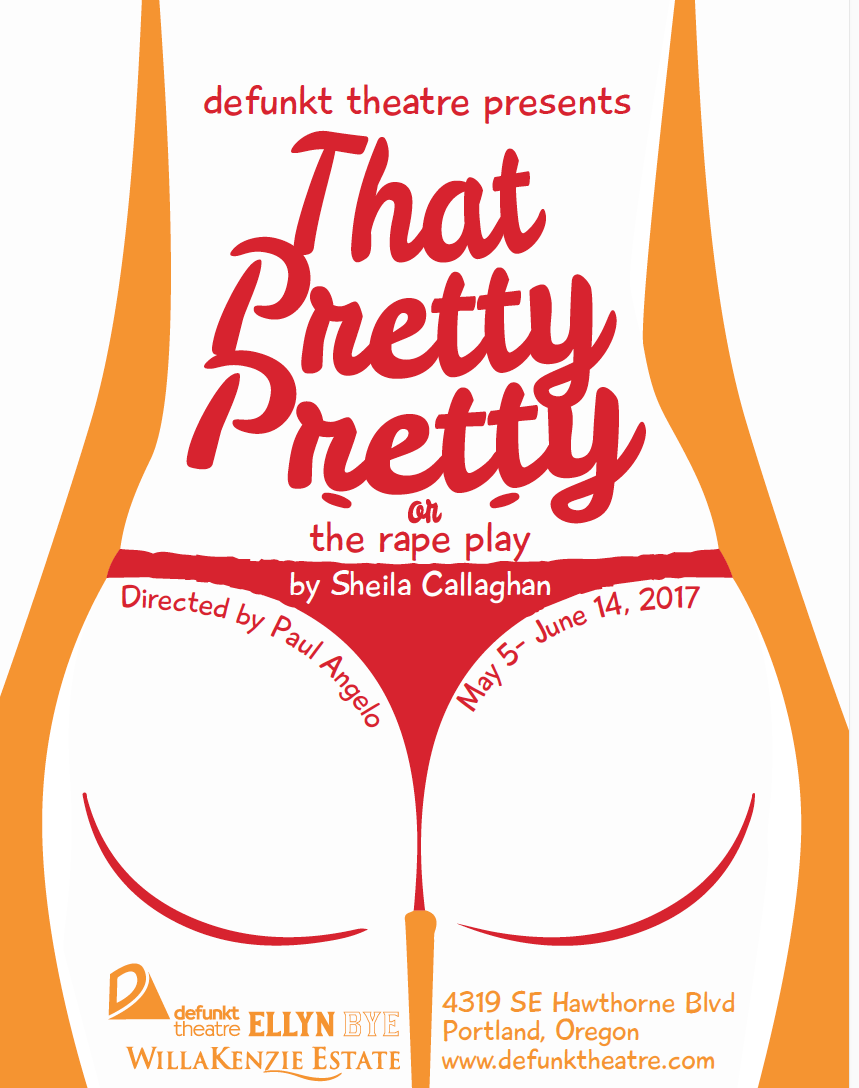 That Pretty Pretty (Or, The Rape Play)

A pair of radical feminist ex-strippers scour the USA on a murderous rampage against right-wing pro-life conservatives, documenting their exploits online in explicit detail. Meanwhile, a slacker screenwriter named Owen tries to bang out his magnum opus in a hotel room as his best friend holds forth on rape and other manly enterprises. Paul Angelo directs this surreal, darkly comic play that The New Yorker describes as "variously a rant, a riff, a rumble - about our notions of naturalism, objectification, perversity, and beauty." Also: Jane Fonda appears. With leg warmers.