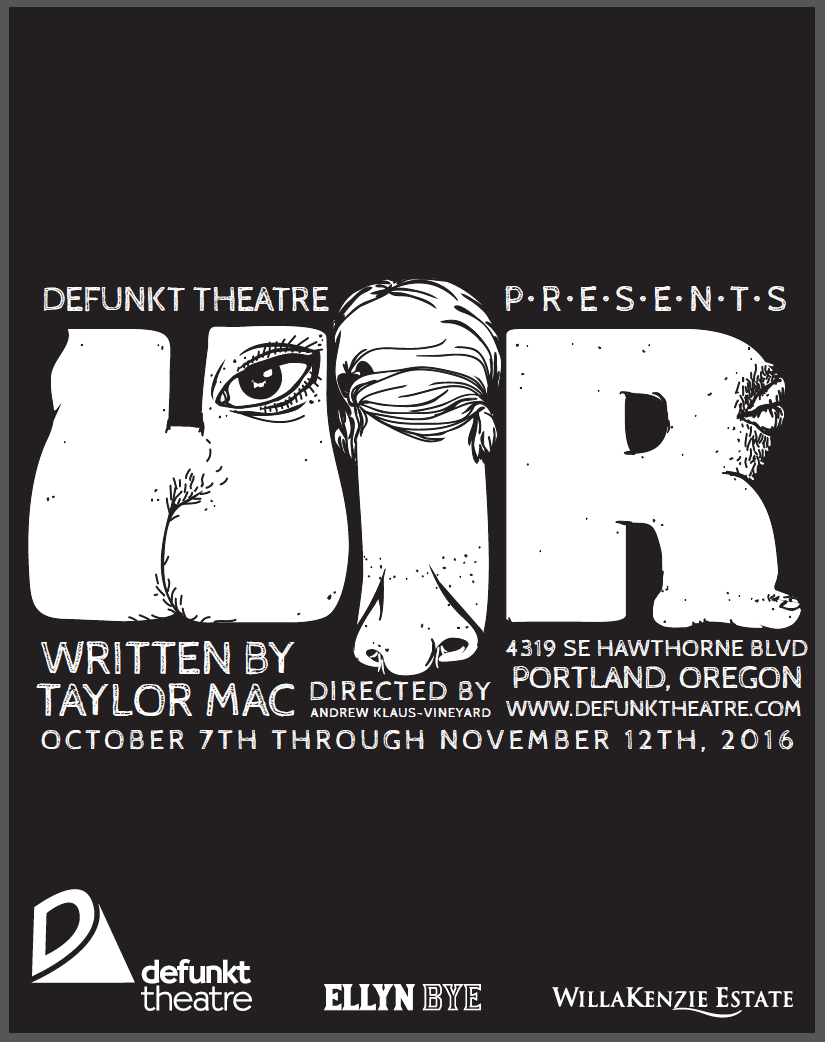 Defunkt is thrilled to bring one of the most celebrated and exciting plays of the past ten years to Portland. As Christopher Isherwood of the New York Times writes "Perhaps no play this year inspired a greater sense of awe than Taylor Mac's audacious dive into the dysfunctional-family playpen of American theater...in his depiction of a semi-mad housewife with a transgender son, another son reeling from three years in combat in Afghanistan, and a husband whose disabling stroke has rendered him nearly speechless..." Defunkt's own Andrew Klaus -Vineyard directs this Portland Premiere from a unique, exhilarating voice in American theater.