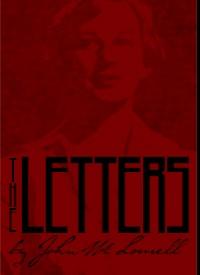 The Letters by John W. Lowell, takes place in an office in 1930âs Soviet Union. The Director calls Anna, a bureaucratic functionary, into his office, and a tense verbal and psychological cat and mouse game ensues. It represents a vivid slice of paranoid life under Stalin and the effort to edit/suppress/censor the writings of prominent artists. Based on the real life Soviet efforts to edit the sexually frank letters of Tchaikovsky. An intense psychological drama: still timely, still universal, perfect for our intimate theatre setting.